A couple of weeks ago I was telling a friend about a dolly and track I wanted to make so I can do moving time lapse photography and showed a image from (http://www.youtube.com/watch?v=RHV0rqIVEfg) which I found fantastic and had links to other videos that I based my dolly on. A hybrid from multiple sources/ideas, anyway he mentioned that he had some steel battens or bits that I could have that should work for my needs (in photo below). 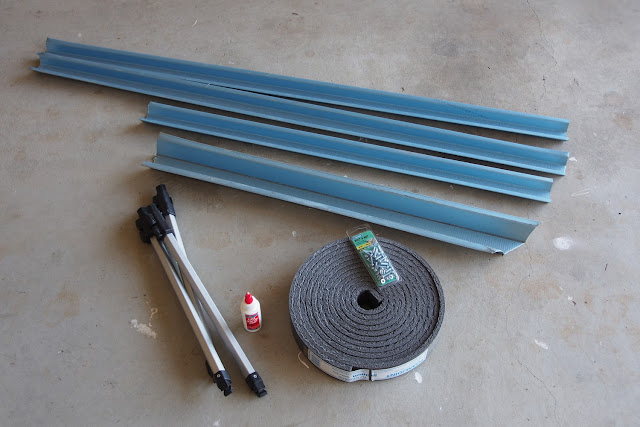 Steel Battens, Legs from old tripod that is now part of the dolly, bolts and nuts, foam, glue.

When I got the steel battens I tried the skateboard dolly on it and they were too deep for the wheels, which is where the foam comes in doing a few things:
I had no idea really how I was going to put it together as the parts I had were not the best for the job, in the end I ended up with the below (not quite finished - I need a center piece that will mount to my tripod and a few other small bits like glue the foam to the tracks etc) 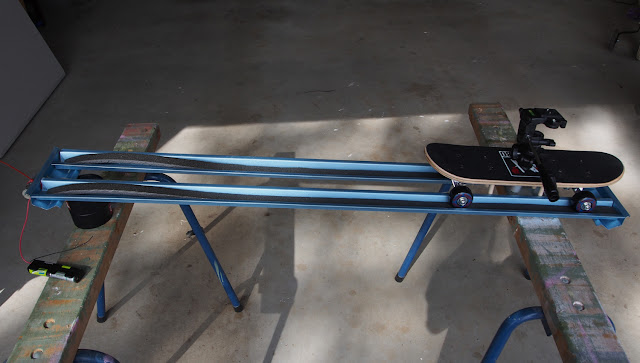 I used a small piece of the steel batten as the ends and used the shape to my advantage, first I held the end piece on one end of a track to the end piece and put pressure on it then marked the place I would drill. The shape and how I put the parts together makes one side of the end batten push up hard against the track giving rigidity and as an added bonus due to the angle some little legs (kinda).

I added the electric motor with gear box to the end and used some twine again to pull the dolly up/across the track to see how it would go, below shows it in action and also a test time lapse.

The motor pulls the dolly way to fast in this first test, only taking 2 minutes to complete the track when I want it to take closer to 10 minutes, this part will be part 3, figuring out how to control/slow down the movement.